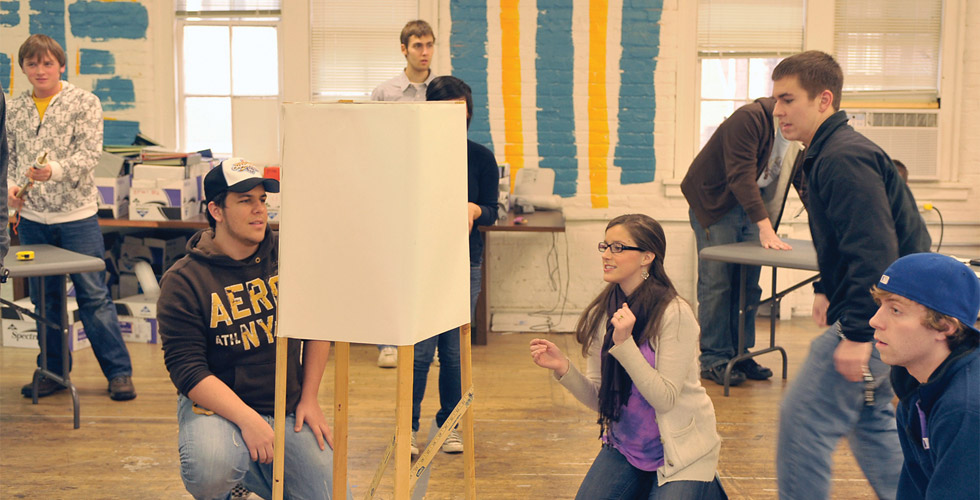 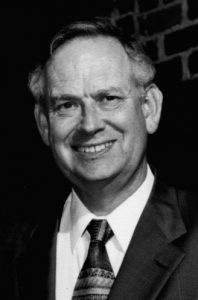 On November 16, 2001, Jerry Stoneking, then dean of the Tickle College of Engineering collapsed while filming a recruiting video to attract the state’s top high school students. He died a short time later of an apparent heart attack. His untimely death was a tremendous shock to his family and to the university community of students, staff, faculty, and administrators.

During his tenure as dean, Stoneking was the architect and driving force behind engage™. At the college’s annual Engineering Honors Banquet in April 2002, the program was officially renamed in Stoneking’s honor, reflecting the passionate commitment and advocacy he contributed that has made engage™ such a success.

Stoneking joined UT’s Department of Engineering Science and Mechanics in 1975 and was appointed department head in 1984. In 1993, Stoneking was chosen as dean, replacing Bill Snyder, who became chancellor of the university.

A visionary leader, Stoneking conceptualized and began implementing long-term goals for achieving excellence in engineering education. Concurrently, he also remained grounded in the realistic practicalities of funding the college in an era of declining state allocations.

Foreseeing the changes and challenges that would confront the college and its students, he had the wisdom and courage to change prevailing cultures in order to enable the college to adapt and create an innovative program which would prepare engineering students for 21st-century careers. This significant change in direction for first-year engineering education was wholly endorsed by the college’s Board of Advisors, who worked closely with Stoneking in establishing engage™.

engage™ was developed after an intensive study of methods to improve the first-year student experience and increase student retention rates. The program has won national acclaim, including recognition by the National Science Foundation as one of the best and most innovative engineering education programs in the nation.

One of Stoneking’s most dedicated charges was raising private funds to fully endow the program. The college has established several funding opportunities that represent specific ways that donors can help to continue Stoneking’s legacy and, in the process, support not only the program he championed but also the future direction of first-year engineering education at UT.

The flagship campus of the University of Tennessee System and partner in the Tennessee Transfer Pathway.